Gateway on the Lake 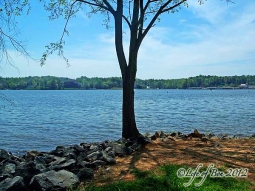 For some time now, the entrance way into the town of Lake Wylie has harbored the very deserted Waterside Crossing Shopping Center. I couldn’t help but compare it’s sad and desolate appearance with that of my own from several years back, when it’s adjacent boat landing all but became a second home to me. I spent more hours parked in front of that lake than I care to admit – long before I’d ever considered making it my home. 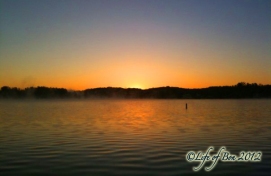 Lake Wylie will always hold a very special place in my heart – it’s the place I chose to start a new life. For sure, I was a stranger in a strange world – but the locals here seemed so friendly and welcoming. Even the fine folks down at the Chamber of Commerce made me feel like I’d known them for years, inviting me to the conference table each visit to sit a spell. I’m almost convinced it’s my own insistent badgering for a new local area map that ushered in the new one. Almost.

I don’t live here anymore, but I still get to cross Buster Boyd Bridge and pass through Lake Wylie on my way home each day. It’s just a given – this is a community that I’ll always love and feel a part of. For the past couple of weeks, I’ve all but ran off the road attempting to look at the reconstruction going on in and around the lake’s abandoned marketplace.

Why? Because it’s being given life again.

Couldn’t squeeze it all in – this is only about half of it.

The new Wylie Gateway on the Lake will feature a 26,000+ square-foot family fun center including a bowling alley, jumphouse and more. Also new will be a hair salon, an Asian Fusion restaurant and a new YMCA. Having joined the Y recently, I’m uber-excited about this addition – which also promises to be the first scheduled opening on April 1st. The old saying ‘you can’t please everyone’ remains tried and true. I have heard that the vibrant colors that were chosen have offended some, while many others approve. Personally, I’m of the consensus that the colors promote a friendly and fun family feel within a vibrant lake community, which is exactly what Lake Wylie needs to boost economic growth. One simply cannot argue the benefit of life being breathed into this location again.

Besides… this place isn’t going to look sad anymore. 🙂

This entry was posted on January 26, 2012 by Bonnie. It was filed under News, Thoughts and was tagged with 2012, Community, Economy, Fitness, Gateway, Lake Wylie, News, Restaurants, Shopping.