Giant record-breaking waves are crashing in Hawaii as we speak. A surfer’s paradise, they say. Full story

Whenever I hear talk of huge waves, I’m instantly taken back to the dreams I used to have. Those terrible tidal wave dreams.

As a kid, I constantly worked at mastering my dreams. Mastering to me meant the skill of waking myself up on a whim during an intense nightmare. The ability to distinguish dreamworld from reality, while you still reside in said dreamworld, is not an easy feat. Sometimes I was successful, other times I wasn’t. I can say that more often than not – the scales usually tipped in my favor.

Whenever I would have these ‘wave dreams’, I was never in the same environment. Sometimes it was in a rental house – other times a hotel, or even a restaurant. One thing remained a constant, though – I was always right there on the coast when it ‘came’.

I would see it coming in the distance, far enough away to give me that gut-wrenching 60 seconds or so of impending doom. I would know I’d met my fate, and realized I must accept that those were to be the last few moments of my life. Depending on my location, sometimes I would try to run away from it – this often bought me a few extra seconds. Other times I would just accept my fate and let the water consume me.

Anyone who knows me knows that I love to analyze dreams. This one’s no exception, so here goes.

To see a tidal wave in your dream represents an overwhelming emotional issue that demands attention. You may have been keeping your feelings and negative emotions bottled up inside for too long. On a positive note, the tidal wave symbolizes the clearing away of old beliefs. If you are carried away by the tidal wave, then it signifies that you are ready to make a brand new start in a new place.
Interpretation courtesy http://dreammoods.com

The picture I found below most closely resembles what I’ve seen in my dreams – from the sheer mass of the wave in front of me right down to the color. It’s been quite a while since I’ve had a tidal wave nightmare. Now that I really think about it, I haven’t had one in over a year and a half. I wouldn’t go so far as to say I’ll never have another one – but for the time being, I believe that signifies a certain hurdle or set of obstacles I’ve overcome. 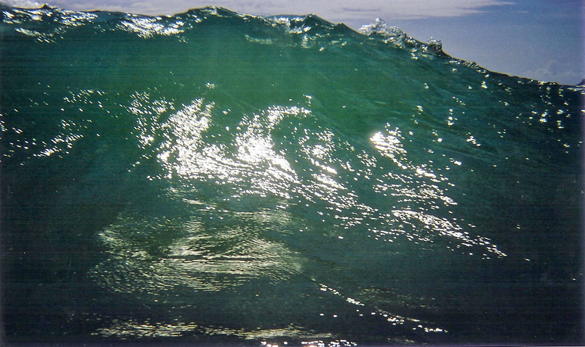 This entry was posted on December 9, 2009 by Bonnie. It was filed under Dreams .